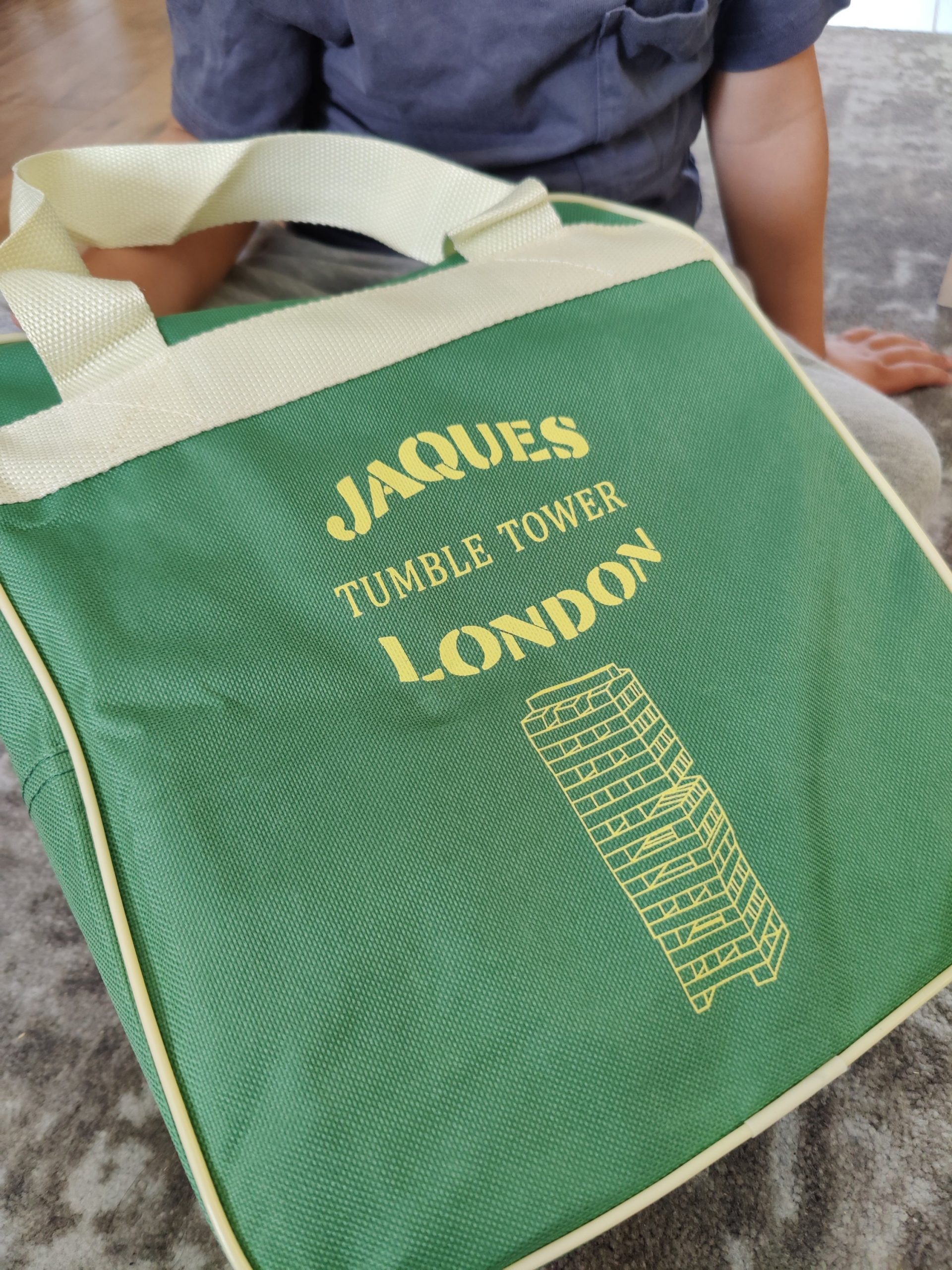 How overwhelming it is buying toys for your children? Everyone tells you that you have too many toys, not enough toys, noisy toys, plastic toys. However, at the end of the day its just toys, right?!

Well I was completely wrong. A toy isn’t just a toy it is the ability to open up little ones imagination, give them opportunity to explore.

It was then Jaques London, a beautiful family run business who have been inventing and making toys & games since 1795, a company that believes in the power of play and quality family time spent together, contacted me to try out some toys.

We were definetely brought our family together playing for hours with the toys.

You can have this with my special 15% off link

I absoutely love this games, so when I was seaching through the amazing toys, I instantly knew this was in my top 5!

We honestly had the best afternoon playing this game and when Nan and Grandad come over the next day, it was the first toy that was taken out. My sons little face shows the joy he had playing and for a little one who is only three his face says it all. Giant Tumble Tower kept us entertained for a good few hours which in my eyes is a winner.

Giant Tumble Tower also gave him the opportunity to explore his imagaination and put is all in prison by building us a jail with his blocks!

We played this game 6 times and then he just wanted to build the tower part of the game, which I was totally fine with because he was having such fun using his fine motor skills and his problem solving.

Giant Tumble Tower gets a thumbs up from us 🙂

In addition to this, I wanted to also introduce him to more shapes, I have had other shape sorters in the past, all plastic and didn’t really have the right feel for me. Jaques London has the quality and the product is made to last.

He loved searching the shapes and putting them in the right places, he even helped his little sister, although, I partly think this may have been to stop her from putting them in her mouth. Whatever his reasons were, he most definitely enjoyed himself with this Wooden Toys Shape sorter.

Don’t forget you can get 15% off all toys today and please share with me if you do over on Instragam and also watch my stories to see the toys in action!

I forgot to mention something that I feel is incredibly important – brilliant company, quick delivery, and amazingly packaged! It is so nice when your products are sent to you with such care 🙂